Browse Some of the Best Buffets for Desserts.
Read More 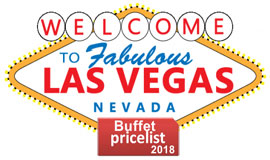 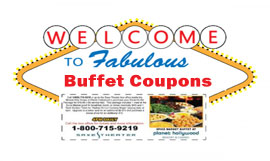 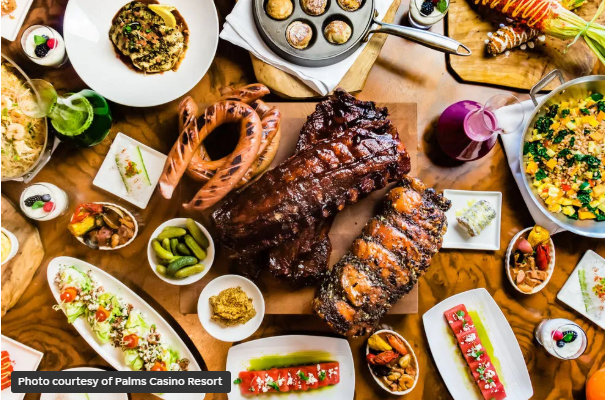 Wood-burning grills, full rotisseries and a central smoker need we say more ?
New Palm's Buffet is already off to a good start with locals and tourists alike. Great decor paired with exceptional value give this buffet a leg up in the ever changing Las Vegas buffet scene.
Read a clip of the USA Today review below, and we have also included the latest pricing . 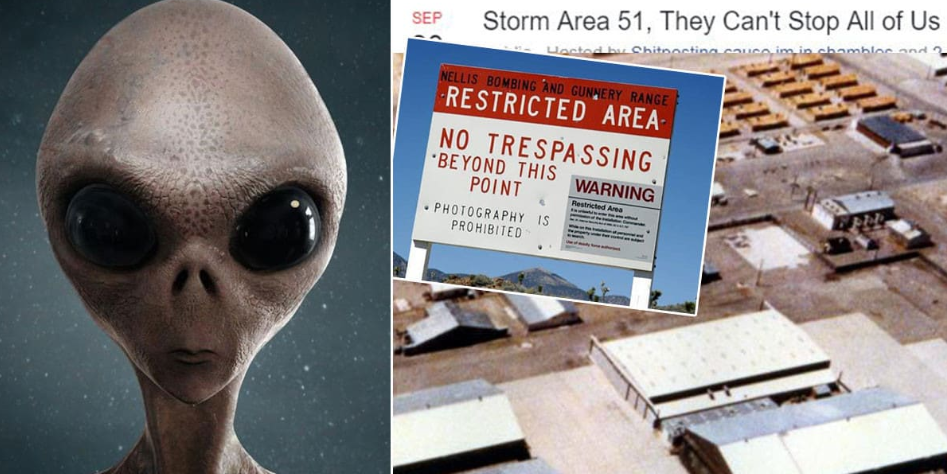 Late last month, 20-year-old Matty Roberts made a Facebook group asking its attendees to converge in the Southern Nevada desert to raid the highly classified U.S. Air Force Base known as Area 51. Many rumors has surrounded the secretive facility, which is within bounds of the Nevada Test and Training Range, specifically regarding U.F.O.s and aliens. Curiosity and conspiracy theories about the base have been ongoing since the 1950s, however, Robert’s own curiosity in the site led him to create what he now says is a “satirical” event called "Storm Area 51, They Can’t Stop All of Us.”


Read more: HOW IS AREA 51 PREPARING FOR THE EVENT PLANNED... 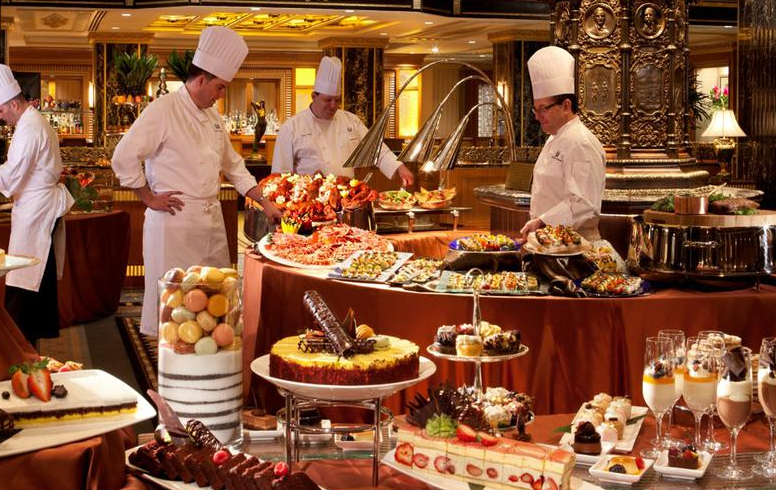 Palace Station's Feast Buffet became the first in the valley to offer overnight buffet service on Monday, according to a press release.
The buffet will offer a menu to "cater to the late night dining crowd" and is available from midnight to 8 a.m. In addition to other items, the buffet will offer breakfast options, chicken, fish and desserts.
The menu is priced at $6.99 or loyalty members and $10.99 for non-card holders.
The buffet is regularly open for breakfast from Monday through Saturday, 8 to 11 a.m., then dinner from 4 p.m. to 9 p.m. and is open for Sunday brunch from 8 a.m. to 4 p.m.
Until now, all major-property buffets had been open as late as 10 p.m., according to a Station Casinos representative.
Palace Station, on Sahara Avenue near Interstate 15, opened in 1976 as The Casino, changed the following year to Bingo Palace and became the Palace Station Hotel & Casino in 1984. It was the first of the Station Casinos gaming company. 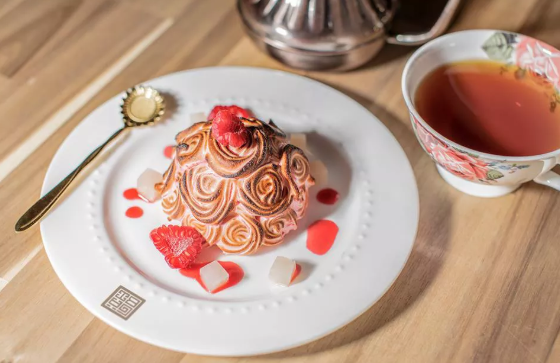 Scott Conant makes his triumphant return to Las Vegas with Masso Osteria, his Italian restaurant now open at Red Rock Resort. The Chopped judge serves Italian comfort foods at the front of the resort with dishes including his must-eat pasta al pomodoro, spaghetti in a tomato and basil sauce with just the right amount of butter, for $21 and perhaps even more important, his caramel budino. 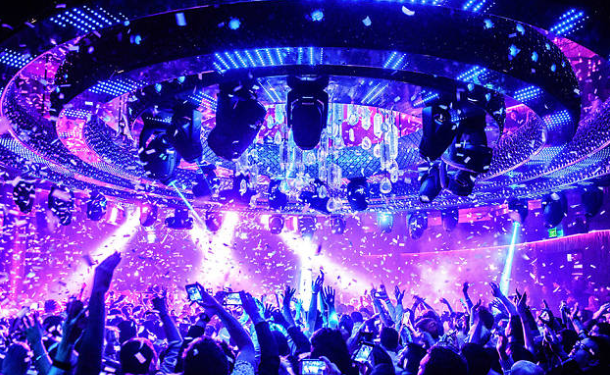 The long Thursday through Monday Memorial Day weekend falls the week after the world famous Electric Daisy Carnival (EDC). As such, many Memorial Day concerts, events, and shows will seem like hangovers of EDC’s electronic dance music theme. This may bring additional EDM artists who may stay in Las Vegas an extra weekend. Nightclubs and dayclubs will host DJs both day and night, giving you opportunities to kickoff summer under the sun or experience true Vegas nightlife.

Here's our Top Picks for one of Las Vegas's busiest weekends:

Connect With Us Today